He can’t be any good – he comes from Bolton 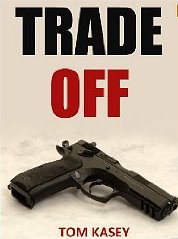 By Peter Stuart Smith (AKA Max Adams, James Barrington, James Becker, Tom Kasey and Jack Steel)
In fact, I’ve got nothing against Bolton though that might, I suppose, be because I’ve never actually been there. What I’m doing is picking up on the earlier blog entry by Richard Jay Parker about a writer’s location somehow conveying a kind of extra credibility if that location is currently the flavour of the month.
And he’s quite right. At the moment, Scandinavia appears to be the place from which all the best thrillers are coming. Quite apart from the Steig Larsson books – a trilogy which I have to confess I found quite underwhelming and actually rather dull – the work of Jo Nesbo is riding high. The paperback version of his latest novel – Phantom – is currently at number 351 in the Amazon charts, and it won’t even be published until next September.
It’s not just books, either. The first episode of Those Who Kill, a Scandinavian police procedural, for want of a better description, was shown on TV a couple weeks ago and, despite the fact that I speak not a word of Danish (apart from tak and I’m not absolutely sure what that means) and was relying entirely on the subtitles, I thought it was pretty good.
It’s Scandinavia now, but in the past a number of different countries seemed to produce writers who garnered critical acclaim at least in part because they were from that particular territory. For a long time, you simply had to read Nabokov and Solzhenitzyn, and by extension every other Russian writer with an unpronounceable surname. Don’t get me wrong: I’m not knocking these people, just wondering how much attention some of the minor Russian authors would have attracted if they’d been born in, say, Bradford.
Then there was the vogue for French authors, though the most prolific of these, Georges Simenon, was easily dismissed by the British literary establishment because he was able to write enjoyable commercial fiction – an appalling crime – at a rate that more literary authors couldn’t hope to compete with in even their wildest and most optimistic dreams.
And talking of literary fiction, there also seems to be a kind of assumption in this rarefied and exclusive atmosphere, that work by any author from what might be termed ‘foreign parts’ is more likely to be worthy of consideration than anything knocked together by British writer.
None of which, of course, makes the slightest bit of sense.
It’ll be interesting to see just how long the Viking invasion, as it were, lasts.
Another article caught my eye earlier this week. A talking head from one of the newspapers – a broadsheet, obviously – was metaphorically wringing his hands in abject misery, and in fact not a little anger, because he claimed it was obvious that the judges for the Man Booker Prize had completely lost the plot. They had clearly not the slightest idea what they were doing, he said, because the books they had selected for the shortlist had been chosen for absolutely the wrong reasons.
So what was the ‘crime’ that these judges were in the act of perpetrating? Had they chosen picture books? Or romances? Or perhaps the most unlikely category of book currently available to them: crime fiction? No, it was none of these. But it was neither more nor less than a potentially fatal body blow to the world of literary fiction: the judges had selected books based upon their readability – books that people might actually enjoy reading – instead of their obscurity and difficulty.
Which does, I suppose, beg the obvious question: why shouldn’t a book be selected because it’s readable and therefore accessible? Why should a reader have to study a sentence or a paragraph two or three times before he can work out what the hell the author is talking about, or sit with a dictionary beside him to look up all the words that he’s never seen before? Why does that make the reading experience more significant? It certainly doesn’t make it any more pleasurable.
It’ll be interesting to see what book actually wins: could it be possible that for the first time ever the prize will be scooped by a novel that people actually want to read, rather than one that they feel they should read?
You can contact me at:
www.JamesBecker.com
Posted by curzon group at 10:24