Should You Ever Go Back?

Was rolling my eyes along one of my bookshelves recently and they stopped at a book that I hugely enjoyed when I was eleven years old.  I took it down and felt tempted to read it again but resisted and put it back.  I wondered if I would see it in the same light as when I'd first devoured it or if the reading experience would be tainted by my own.

It's a little like having a great holiday somewhere then going back.  Frequently you don't quite recapture the magic.  It's not always the case but will reappraising a work you enjoyed as a young reader with the analysis of an adult or that of an even more hypercritical writer change your first perception of it?

I was at the perfect age when I enjoyed The Catcher In The Rye.  I don't feel there's any point in going back to that one.

It works better the other way, I think.  I read Conan Doyle before my teenage years and thought it very stuffy.  I'm positive if I read it now I'd find a treasure trove that I'd missed before.

Reading or writing them every book is a legitimate part of the journey, no matter how our taste and intellect develops.

If you are tempted probably the best answer is to read chapter one again.  If it doesn't fire you up as much as it did the first time just put it back and leave the remainder glowing nostalgically at the back of your mind.

Aint No Cure For The Summertime Muse

Pardon the pun in the title - couldn't resist.  It is the holidays.  Do writers really get a holiday though?

Writing is a difficult process to quantify.  It can't really be measured in terms of how much time is spent at the keyboard or how many words are achieved each day.  It's ongoing and the flippers of the creative duck are always frantically paddling under the surface.

Most writers agree that they're never off the clock.  Imagination never breaks for the summer.  This is the time of the year when I really notice it.  With so many people away and the kids off from school a lot of people have a more casual attitude towards work than normal.  Phone tennis is played and everyone resigns themselves to the fact that not much is going to get done.

I don't think there are many writers who can put their creativity on voicemail or autoreply for a couple of weeks.  Even when we're meant to be relaxing and catching up on some holiday reading everything remains a trigger for our next idea.

But better this way than not being able to find inspiration at all.

So for us it's another long drink and maybe a few hastily scribbled notes by the pool.

The Possibilities on Kindle 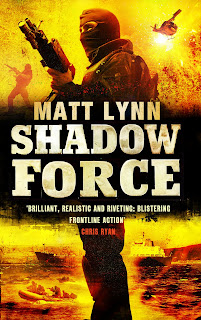 The Kindle is one of the most interesting things happening in publishing right now. Not all of it is good, of course. The publishing industry may end getting destroyed the way the music industry was. But it also creates possibilities.

There is a fascinating story in the New York Times about the thriller writer Richard North Patterson. He has a book out featuring Osama Bin Laden. But by the time it came out, the man had already been killed, which rather ruined his book. So he went onto the Kindle edition and changed it - just like that.

One of the things the Kindle can do for us is create that kind of journalistic immediacy. In fact, it is a possibility I am working on right now. But more on that later....
Posted by curzon group at 11:57 No comments:

I've recently had to ban myself from looking at the Amazon download charts.  Having spent a few days sandwiched between Stieg Larsson and Dawn French (a bizarre position to be in) in the Amazon bestseller chart as well as rubbing shoulders with James Patterson, Lee Child and  Jo Nesbo in the Top Ten Thrillers and assorted summer sale/mystery charts I realise that monitoring these is not conducive to the writing day.

If STOP ME has gone up a position then the morning is off to an energetic start - down one and it takes the wind out of your sails.  The tendency for the book to shift up and down throughout the day is also very distracting.

The fact that my book made it anywhere near a chart let alone got to number 7 should be reward enough.  It's bad enough having emails and tweets tempting me away from the page so I must resist this new excuse for not working.  I'm now only looking at it once a day...maybe twice.

I think Iain Banks has got it right.  He has two computers - one set up for email etc the other solely for writing.

Posted by curzon group at 09:02 No comments:

It's not very often I use the word 'rollicking' but I'm currently reading a book that can only be descibed as a rollicking good read.

As with most good reads it was passed on to me by a friend.  The book in question is AGENT ZIGZAG by Ben Macintyre.  It's the biography of World War 2 double agent Eddie Chapman.  I'm devouring it in hungry chunks.

Having added the book to my TBR pile and virtual Shelfari shelf I was pleased to get a message from another member saying thank you for putting it there and that they'd read it from cover to cover in a weekend.  It prompted me to move it to the top of my stack!

What strikes me about this biog - and most others I've read - is that it's the sort of book readers wouldn't accept if it were fiction.  This is something reflected in the review of the book written by MI5.  There are so many bizarre episodes that it would seem too far fetched if it had been the product of a writer's mind.

It's often the case that thriller writers have to present a sensible reality and aren't allowed to stray into the sort of outlandish territory that real life characters often find themselves stranded in.

It's why I enjoy an exhaustively researched and engagingly written biog like this one.  In fiction, anything can happen, in reality it seems to with even more regularity.

Was having a sort out over the weekend and stumbled upon some old bound box files of rejection letters.  They're not exactly meticulously filed but I always made a point of trying to draw something positive from the feedback (even the standard ones...) before adding to my collection.

They sit on the shelf like two encyclopedias of hopelessness.

When they arrive they're the very last document you want to read.  A single piece of paper that signifies the negative climax of weeks/months of waiting.  They're worth holding on to though, however critical they are of your work.

It takes time to look at them objectively but as you build your full set of encyclopedias they gradually become a map of your writing journey.  Often, because of time constraints, they offer nothing in the way of specific pointers but sometimes an editor or agent will be able to tell you something useful - even if you don't want to hear it at the time.

I'm a glutton for punishment.  As well as my literary knockbacks I've also got a TV submissions file that starts in 1986.  Among them is one apologetic rejection from a producer who returned my work to me over a year later because it had fallen down the back of his filing cabinet.  Needless to say, I'd taken the first few months as a good sign.  I actually worked with him years later.  Needless to say the first letter that informed me of an intention to use one of my pieces is covered in grubby fingerprints.  But the rejections continued after that and to this day.

It's a inevitable part of every writer's existence.  But even though the moment of rejection gives you that plummeting feeling in your stomach you steadily learn how to speed up your recovery and get back to your keyboard with more determination.

Use the rejection letter as fuel for your creative engine.